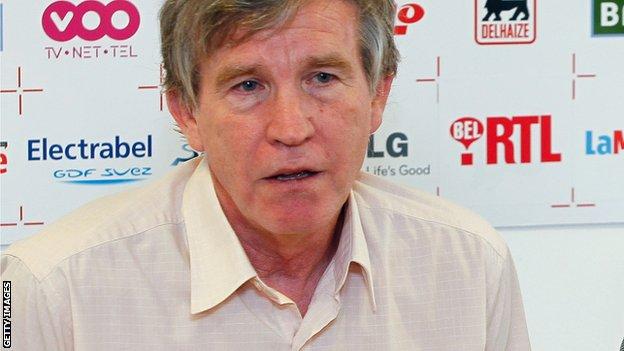 The 67-year-old's company, Staprix NV, will acquire 100% of the shares, subject to final legal formalities.

Outgoing chairman Michael Slater will step down from the board of directors after a short handover period, as will fellow directors Tony Jimenez and Martin Prothero.

High-profile business tycoon Duchatelet, who made his fortune in electronics, owns a number of clubs across Europe including Belgium Pro League side Standard Liege. He is also involved in politics in his homeland.

His takeover follows the collapse of a proposed purchase of Charlton by American businessman Josh Harris, the owner of NBA side Philadelphia 76ers.

"I look forward to using my long experience in English football to continue to represent the club that has been my passion for many years," Murray said.

"Charlton can benefit from Roland's experience in many different ways."

Outgoing chairman Michael Slater, who took control of the club along with Jimenez in early 2011, added: "In every important respect we leave the club in a far better state than when we took over three years ago.

"Now is the time to pass the baton to Roland, who has a proven track record of success in business and football.

"We believe we have found an investor with extensive knowledge of football who is well placed to stabilize the club in the Championship and help the club to develop on a sensible commercial basis."