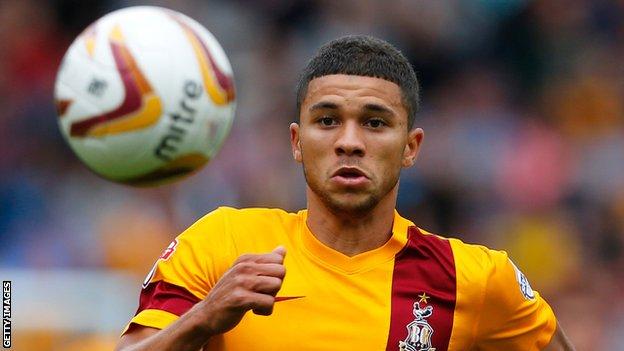 New Huddersfield signing Nahki Wells scored a last-minute winner to condemn Ian Holloway to defeat in his first game in charge of Millwall.

The 23-year-old found the net from a tight angle 24 hours after his club-record transfer from Bradford.

Millwall's Scott McDonald hit the post from 18 yards while Steve Morison had a header well saved by Alex Smithies.

But Holloway's side remain in danger, one point above the relegation zone after a fifth defeat in six games.

The Bermuda international scored three times during Bradford's run to the final of the Capital One Cup final last season plus a further four goals in the play-offs to help the Bantams win promotion.

Huddersfield are up to 12th in the Championship table, five points off the play-offs after a second win in three games.

Wells was signed by the Terriers on Friday after scoring 15 goals for League One Bradford this campaign.

He technically joined on loan so he could face Millwall and will make his permanent move on Monday.

And he did not require long to endear himself to Huddersfield's fans, scoring 34 minutes after coming on as a 56th-minute substitute.

There were positives for former Crystal Palace and Blackpool manager Holloway, who took charge of Millwall earlier in the week.

Morison, on loan from Leeds, was denied by a fine save from keeper Smithies following an error by Oliver Norwood before the interval.

The Lions had shipped 49 goals, the worst tally in the league before the match, but Huddersfield could not find a way through until right at the end.

Wells showed just why Huddersfield invested over £1.2m in him when he connected with a hopeful long ball from Adam Clayton and beat David Forde from 10 yards.

"We have heard people question why he [Wells] has signed for Huddersfield, saying it is tantamount to lacking ambition.

"These comments come from people who have no idea what's going on here, but that's fine."

"It was a performance that deserved a point, but welcome to the Championship!

"There was not a lot of confidence and when you have been losing it is hard.

"I want to make the players feel my pride and passion."