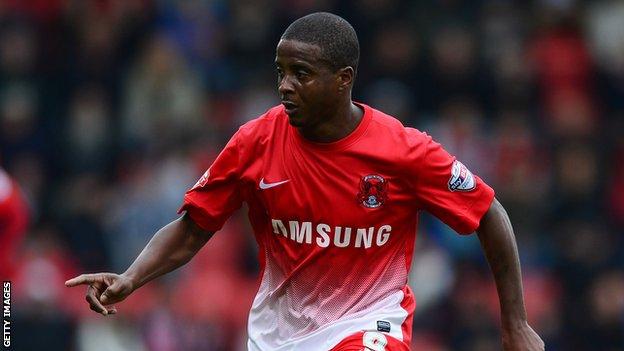 Jamie Ness's 25-yard shot deflected in off the post a minute after the break before Lisbie fired home Dean Cox's through-ball to make the game safe.

Those three points on opening day put Orient on top of League One and 25 games into the season, they sit second, one point behind leaders Brentford, with Carlisle 17th, just three points above the relegation zone.

"It's been a busy and big week for us after a late night on Tuesday [away at Shrewsbury Town] on a difficult surface so it was good to be at home.

"We created an awful lot of chances and the energy and attitude was excellent.

"I am pleased for Kevin Lisbie, he got on the scoresheet and Jamie Ness hit his goal so well.

"He has done that before for Rangers against Celtic so we know what he is capable of."