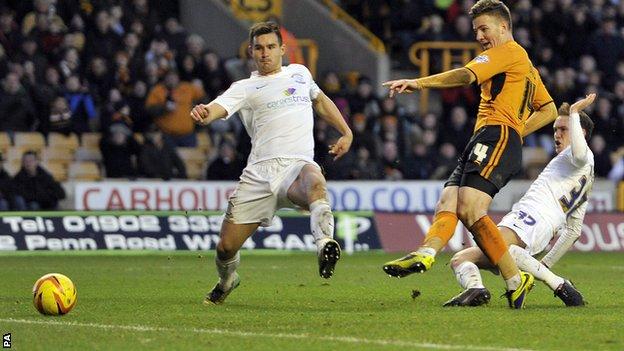 After early pressure from the home side, Dave Edwards slotted under keeper Declan Rudd to put them in front.

Paul Gallagher forced a good save from Aaron McCarey, but Preston's hopes of a fourth successive win came to nothing.

The victory was only the second in eight games for Wolves, who remained in third place, only two points behind Leyton Orient and three adrift of leaders Brentford.

And 19-year-old Evans' goal in his first start since November justified manager Kenny Jackett's decision to restore him to the team.

Despite the result, Preston held onto fourth, five points behind Wolves, but six clear of Rotherham, leaving them well-placed to push for at least a play-off place in the remainder of the season.