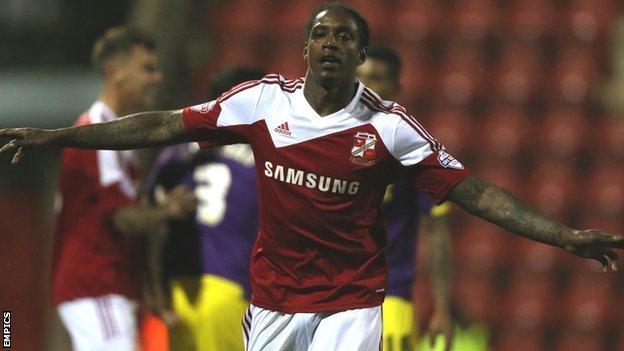 Swindon handed Peterborough a fourth successive League One loss after a goal each from Nile Ranger and Yaser Kasim.

Ranger headed the hosts ahead when Posh were caught cold by a short corner and Kasim doubled their lead by rifling home a low, 20-yard shot having made an impressive break from midfield.

Peterborough dominated the second half and pulled one back thanks to Nathaniel Knight-Percival's individual goal.

But Swindon held on as Posh saw Lee Tomlin sent off with five minutes left.

The midfielder picked up two yellow cards inside 15 minutes, the second of which sparked a 20-man touchline fracas, culminating in Posh goalkeeping coach Jimmy Walker being sent to the stand.