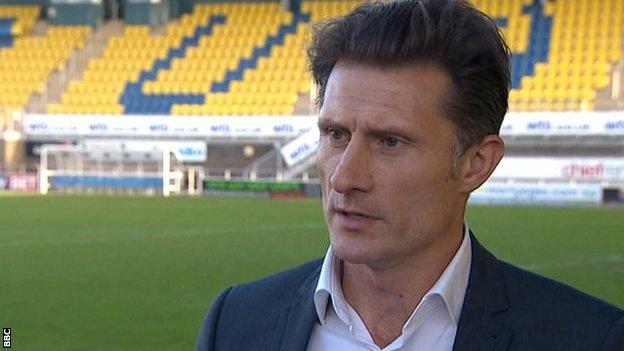 Centre-half Pearce pounced on a loose ball after Ross Worner saved from Stockley, to put the visitors ahead.

Stockley then beat Will Antwi in the air to nod home the Gulls' second.

George Francomb had an effort cleared off the line by Aaron Downes but the visitors held on for victory to end a five-match winless run.

"It was drivel from us and they had the new manager bounce.

"You can only worry about your own performance levels and I'm at a loss to why we were like that.

"We were tired after the Christmas period, and we freshened them up, but we didn't really warm up very well, which was a concern, and we warned them about them playing a high tempo to impress the new manager.

"But we played the most lethargic first half I have ever seen, and when you play with 10 players who don't turn up, then it's very hard to win a football game."