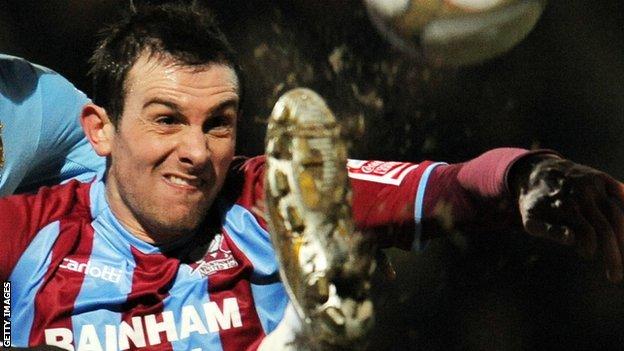 The Iron weathered early pressure before Hayes' stunning first, a top-corner strike from outside the box following a Sam Winnall lay off.

Winnall was again the provider after the break, nodding down a looping ball which Hayes converted.

Between the goals, Mansfield pressured with direct play but never put the home side - nine games unbeaten - in danger.

"The first 10 minutes, you know what you're going to get from Mansfield, and they're very hard to play against but we stood tall.

"We showed what we can do with the ball, and that was open up teams, create chances and score goals.

"We've got to keep the players level and focussed and working hard like they are at the moment.

"If we can work that hard to the end of the season, we're definitely going to be in the mix."