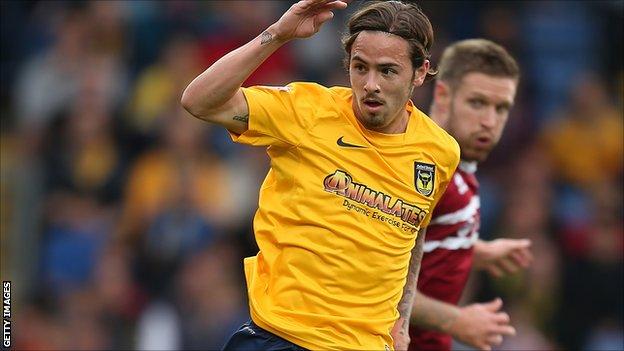 Oxford United lost further ground on the automatic promotion places in League Two after being held to a goalless draw by lowly Portsmouth.

Ryan Williams went close with a volley while Pompey's Joe Devera failed to connect with a chance and Carson kept out Johnny Mullins in injury time.

"I don't think they'll be selling too many of those DVDs - it wasn't the most attractive. At times it's not our job to come away and be attractive and entertain other people's fans. It's our job to grind out results, become more difficult to beat and make sure we do the right things.

"They've predominantly been a top-four, top-six team throughout the season so they're up there and they're one of the best teams, that's why they are where they are.

"I inherited a club that had the worst defensive record in the Football League, so we had to start somewhere and we need to make sure we become more difficult to beat. You can't keep conceding one or two, even three at times, goals per week and expect that you're going to score four."