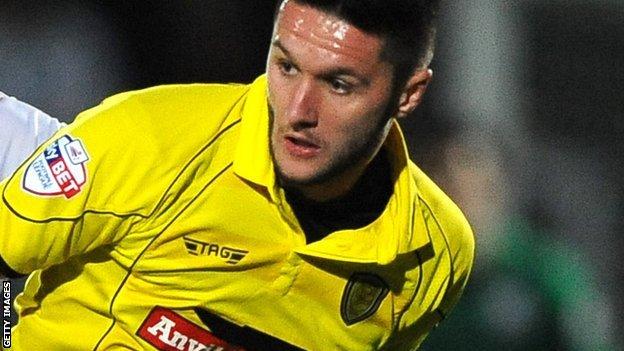 Dominic Knowles' first two goals for Burton sealed a come-from-behind win against Cheltenham and kept them second in League Two.

Scott Brown frustrated the hosts with a string of first-half saves.

Byron Harrison fired the Robins ahead from close range after the break and Billy Kee was amazingly denied an equaliser by hitting both posts.

Loanee Zeli Ismail made an immediate impact on his debut, creating both goals for his fellow substitute.

"Well I have seen Zeli do that in spells for the Wolves first-team, at MK Dons and for Wolves' under 21's, so we know what he can do.

"Since Jacques Maghoma left, we have not had that player who can go on and light up a game for 25 minutes - Zeli did that fantastically well.

"I thought it was a fantastic game full of different moments. I felt first half, we just looked like we hadn't played for 10 days.

"In the second half we opened up a little bit and took the game to them, particularly when they scored. I think in a way, it was the best thing that could have happened."

"Burton Albion are a really decent side and we knew that, but I think we showed that we are too.

"It's frustrating that we lost, to be fair they were a little bit better, but we just needed to change it around. We still felt we could create chances, I thought Jason Taylor and Matt Richards were outstanding again for us.

"Unfortunately, we weren't mentally strong enough to see out the game at 1-0."