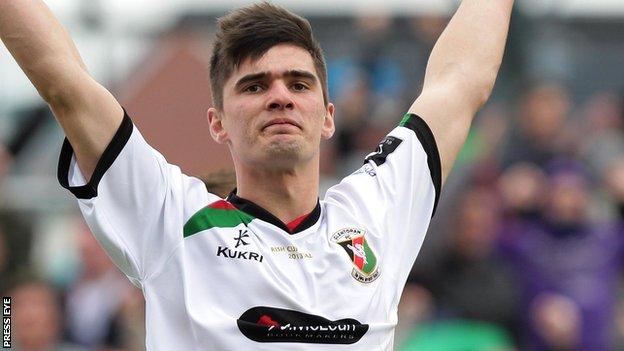 Glentoran defender Jimmy Callacher is free to play for Linfield after the two Belfast clubs reached an agreement on his transfer.

Callacher, who came through the youth ranks at the Oval to become an established senior player, had signed a pre-contract agreement with Linfield.

However, his cross-city move could not be completed until the clubs struck a deal on the transfer fee.

Callacher's Glens contract had been due to expire at the end of this season.

He would have been free to move to Linfield then, but the Glens would still have been entitled to a development fee.

Linfield and Glentoran have not revealed the financial details of 22-year-old Callacher's move, although reports have suggested a figure of around £10,000 changed hands..

Callacher had declared his preferred destination was Windsor Park when he turned down a new contract at the Oval earlier this season.

In response, Glentoran announced Callacher would not play for them again.

Linfield boss David Jeffrey then had to apologise when a video was posted on YouTube showing him singing a song in which he thanked Glentoran for Jimmy Callacher.