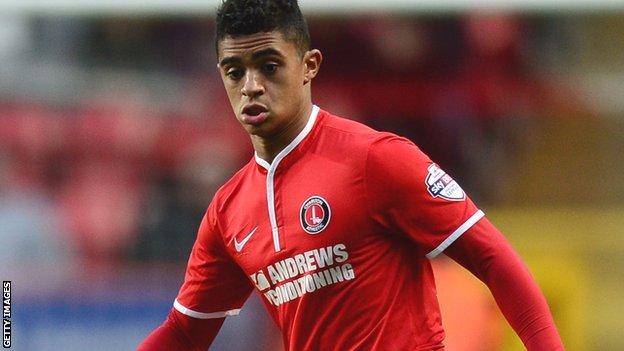 Leeds have signed Hull City winger Cameron Stewart on a 93-day emergency loan ahead of a permanent deal.

Stewart, 22, has agreed a three-year deal with the Elland Road side that will come into effect when his contract with Hull expires at the end of June.

Leeds have only been able to sign Stewart on a short-term loan deal because FIFA regulations prevent a player from featuring for more than two clubs in a season, other than on an emergency loan basis. Stewart played for Hull in their Capital One Cup win over Leyton Orient prior to his transfer window to transfer window loan move to Charlton, a deal which the regulations class as a 'permanent' transfer.

The former Manchester United trainee spent the first half of the season on loan at Championship rivals Charlton, scoring three goals in 18 games.

Eagles manager Tony Pulis confirmed on Thursday that the 29-year-old Mali international was in talks with the Championship side over a loan move.

Kebe, who played under Leeds boss Brian McDermott when the duo were at Reading, only moved to Selhurst Park in September but has featured just six times.