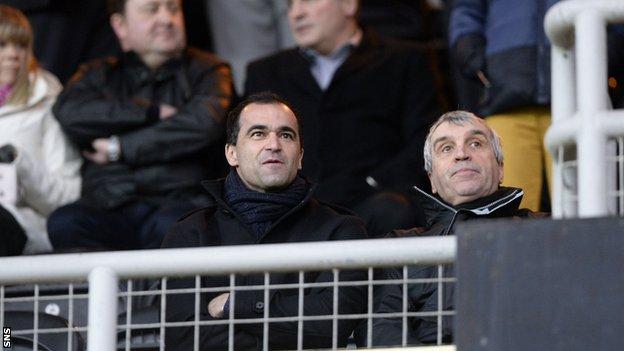 Ryan Gauld and John Souttar are among a number of players to have caught the eye this season.

And Everton boss Roberto Martinez was at Tannadice on Sunday to watch the 2-2 draw with Hibernian.

"It's part of the game these days. You can't get away from it," said McNamara. "I'll be happy when the window shuts."

Scotland Under-19 international Gauld made his Tangerines debut as a 16-year-old in May 2012. Last month, the midfielder signed a contract extension until 2017.

Souttar, also a Scotland Under-19 player, made his United debut against Aberdeen last January and has gone on to be a mainstay in McNamara's defence.

The United boss said he was keen for both players and the rest of his squad to continue their progress at the club.

"As far as I'm concerned, it's important that we keep them all so they can continue to learn their trade here," McNamara added.