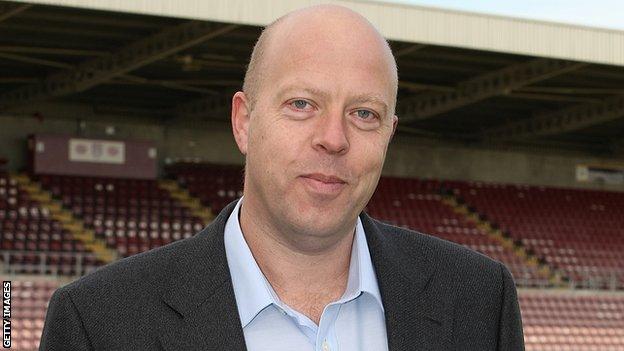 Northampton Town chairman David Cardoza says the board will put the club's future activities in the transfer market under far closer scrutiny.

"What I want to do is make the recruitment process a lot tighter.

"Myself and the other directors will be looking at who comes in a lot harder. There will be much more of an influence," Cardoza said.

"I'm not saying the players Aidy brought in aren't good enough, but he didn't bring in the types of players he likes to play with."

Andy King is currently in charge of Northampton as caretaker boss, and has so far added loanees Hallam Hope and Antonio German to his squad.

Cardoza has given King permission to make short-term and long-term signings while he tries to steer the Cobblers away from the relegation zone, and has indicated that their budget will not go down.

"We've the fifth highest [budget] in the league, and we were third last year," he said.

"Management will always have the say [on signings], but we might want to talk in a lot more detail about who comes in and why."