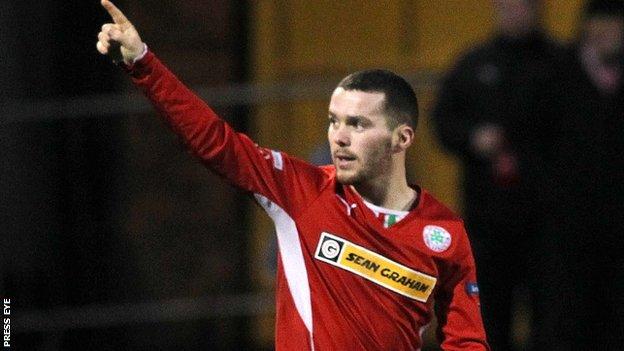 Cliftonville winger Martin Donnelly has been named the NI Football Writers' Player of the Month for December after a string of fine displays.

Donnelly weighed in with three goals in the month as the champions rediscovered their league form and booked a place in the final of the League Cup.

"It's been a good month for both me and Cliftonville," said Donnelly.

"I was delighted to get a few goals, as I don't score that often. It's great to be winning matches again."

Donnelly's team-mate Ryan Catney was second while David Cushley, who scored the Goal of the Month against Crusaders, was third.