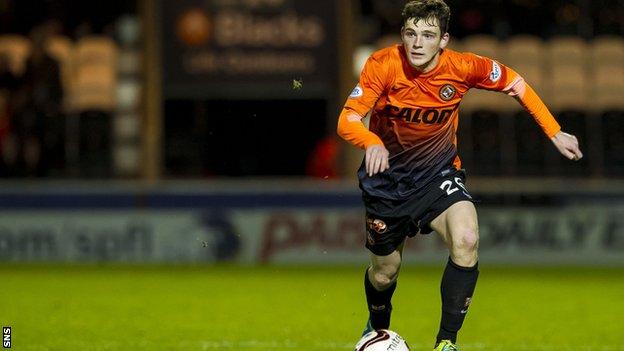 The 19-year-old has impressed as a regular for United this season after .

"A number of EPL clubs have been in contact regarding Andy," said Liam O'Donnell.

"However, he will ignore the speculation and focus on continuing his development at Dundee United."

Everton manager Roberto Martinez took in and Swansea have also been credited with an interest in Robertson, who is .

After the 2-2 draw with Hibs, Tannadice boss Jackie McNamara said: "It's part of the game these days. You can't get away from it. I'll be happy when the window shuts.

"As far as I'm concerned, it's important that we keep them all so they can continue to learn their trade here."