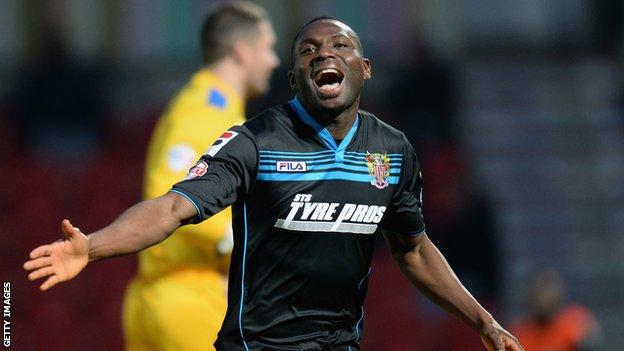 Stevenage top scorer Francois Zoko has extended his short-term contract until the end of the season.

The 30-year-old, who has 12 goals from 20 games after was set to be out of contract in January.

The club had been because his contract expires at the end of the season but have rejected bids.

Chairman Phil Wallace told the club website: "We are delighted to have retained Francois and to be able to turn down bids for Luke which we feel do not accurately reflect his talent.

"The recent FA Cup success has provided some additional finances which, whilst going nowhere near to addressing the financial shortfall of 2013, have certainly helped us make these footballing decisions."