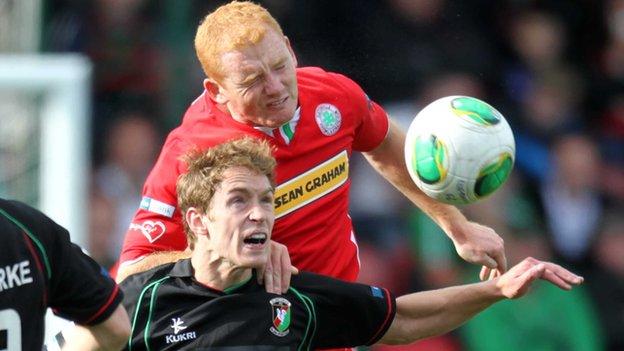 Coleraine have signed Cliftonville midfielder Joe McNeill on loan until the end of the season.

The 25-year-old played for Portadown and Crumlin Star before joining the Premiership champions last May.

"He is a hard working player who also has an eye for a goal and I feel he will be a real asset for us," said Bannsiders boss Oran Kearney.

"Joe also has Premiership experience which is a big bonus for us, hopefully he can hit the ground running."

"It maybe hasn't turned out as he would have liked at Solitude, but he has the opportunity to get back on track with us," Kearney told the club website.

"He can also play in a couple of positions which gives us a number of options."