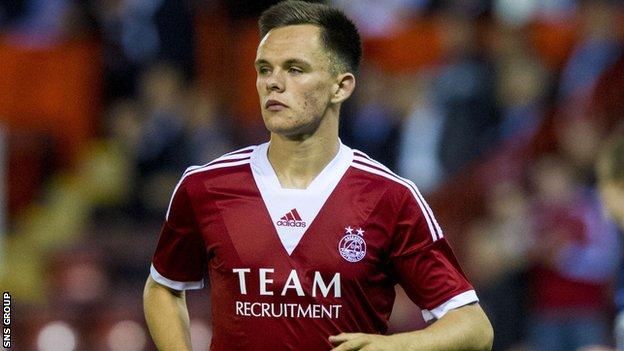 Aberdeen striker Lawrence Shankland has joined Dunfermline on loan for the remainder of the season.

The 18-year-old moved to Pittodrie in the summer, having scored 14 goals for Queens Park last term but has yet to make a first team appearance.

"He will benefit from the experience," said manager Derek McInnes.

Young Dons defender Scott Rumsby is to remain on loan at Stranraer and midfielder Jamie Masson will go to Elgin for the rest of the campaign.

Masson, 20, made his Aberdeen debut in April 2012 and featured seven times last season but has not had a look in this season.