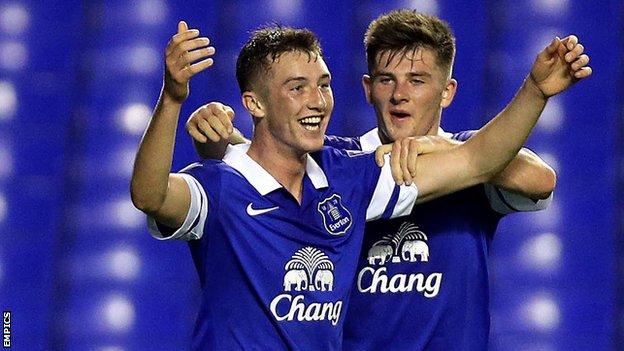 The 18-year-old, who signed his first professional contract last July, will help fill the gap left by Patrick Bamford's departure to Derby.

Long will be available for seven League One games, but is ineligible for the FA Cup third-round replay against Wigan.

"I've known Chris since he was seven and he's always been high on our list of potential targets," said MK Dons boss Karl Robinson.

"We're thankful to Roberto Martinez and Alan Stubbs at Everton for allowing us this opportunity to work with and develop Chris and hopefully we can do that for them."

Long has yet to make a senior appearance for Everton, but played twice for England at last summer's Under-20 World Cup in Turkey.

He could make his Dons debut in Saturday's home game against Shrewsbury Town.