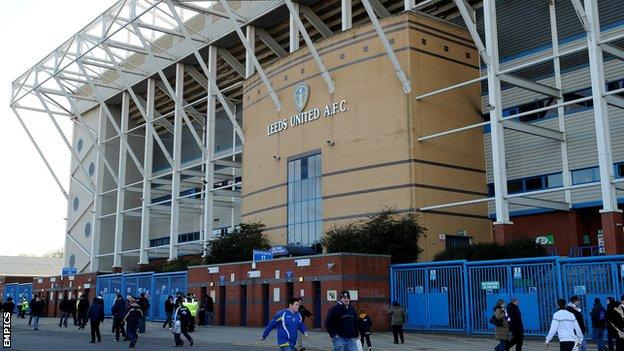 Leeds United have confirmed the identity of the men behind the consortium buying the Championship club and pledging to provide transfer funds.

Sport Capital has invested £6m in the club in the past three months and hopes to complete the takeover soon.

Haigh said funds had been made available to manager Brian McDermott to strengthen his squad.

"We are working closely with the Football League regarding the necessary documentation, and we will do our best to keep fans fully informed," Haigh told the club website.

And he confirmed that funds were also in place for spending during this month's transfer window.

"We are working closely with Brian McDermott regarding his plans. Hopefully, we will all see some of this work come to fruition in the coming days," he added.

Flowers, meanwhile, has also confirmed his membership of the consortium.

He said: "As a lifelong Leeds United fan and as a businessman, I can assure other fans that while the process is being finalised, we have been working hard to ensure that our due diligence was completed as quickly as possible and that there are funds in place ahead of completion to support the manager during the opening weeks of the January transfer window."