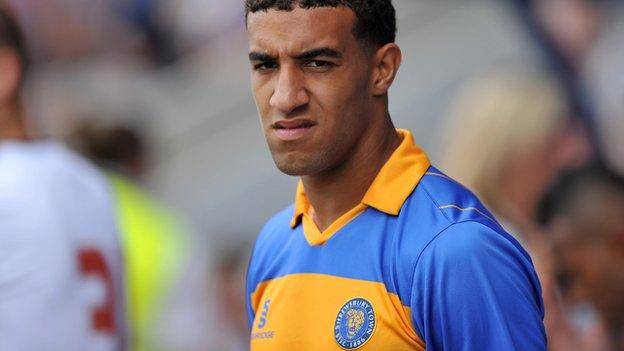 The 21-year-old made 18 appearances for Shrewsbury before joining the Robins in November, where he played four games.

A 24-hour recall clause had been added to the latest agreement.

Darren Jones was injured warming up for Tuesday's 2-0 League One loss against Leyton Orient, prompting Graham Turner to bring Goldson back to New Meadow.

"We Just need to make sure we don't undersell the squad because we have a decent bunch at the moment," Yates told BBC Radio Gloucestershire.

"I want to get some business done early and have got a couple of targets. Yes, we have to keep the chairman happy but we have to keep pushing because I still believe we have a great chance of achieving something this season."