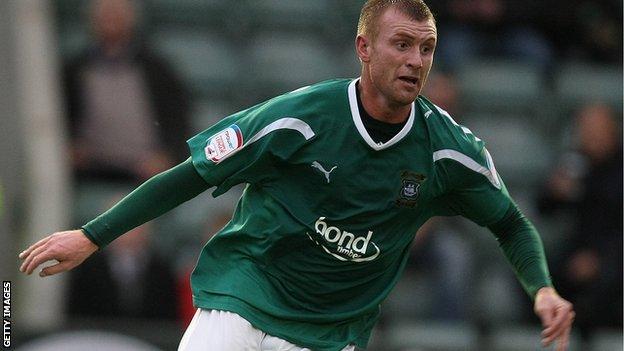 Plymouth Argyle striker Nick Chadwick has left the club after having his contract terminated by mutual consent.

Chadwick has spent most of this season on loan at Tamworth, scoring four goals in 10 appearances.

He returned to Home Park in 2011, initially on a loan deal, before re-signing for the Pilgrims on a free transfer in January 2012.

"Been an honour and privilege to have represented Plymouth Argyle for so many years. Many thanks to players, staff and all the Green Army," tweeted Chadwick, who scored the fastest goal in the club's history with his effort against Crystal Palace in December 2005 after just 11 seconds.

Chadwick has also played for Derby, Millwall, Hereford, Chester, Shrewsbury, Barrow and Stockport during his career.