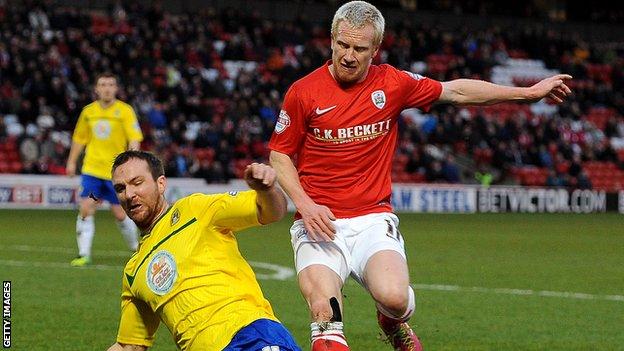 The 31-year-old, who has signed an 18-month contract, is the first signing made by Seasiders boss Paul Ince during the January transfer window.

Perkins joined Barnsley from Colchester in the summer of 2011 and played 100 games for the Tykes, who are bottom of the Championship, scoring twice.

The two clubs meet in a league game at Oakwell on Saturday, although Perkins will be unable to feature.