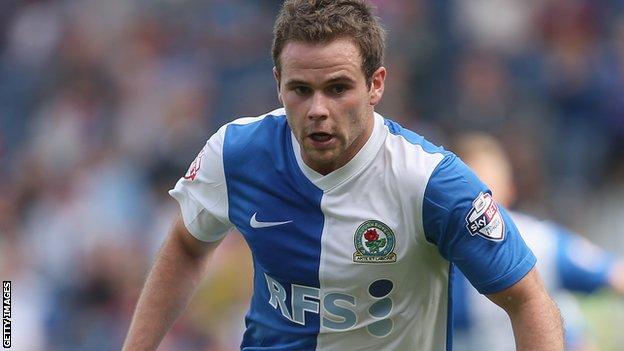 Brentford have signed Blackburn Rovers midfielder Alan Judge on loan until the end of the season.

The 25-year-old has scored one goal in 12 appearances for Rovers since rejoining the Championship club from Notts County last summer.

"He is a good Championship player and is a positive addition to our squad," Bees manager Mark Warburton told the club website.

"Alan offers us options, both wide and centrally, and has a good character."

Judge began his career at Blackburn, making his first-team debut in August 2008, but moved to Notts County in January 2011 following a loan spell with the Magpies.

The former Republic of Ireland Under-21 international scored 17 goals in 112 appearances during his time at Meadow Lane and was named in PFA's League One Team of the Year in 2013.

Warburton added: "Alan was an outstanding performer at Notts County last year and thoroughly deserved his move to Blackburn, where he has continued to show excellent form.

"I am sure he will add real value to the first team squad in the weeks ahead."