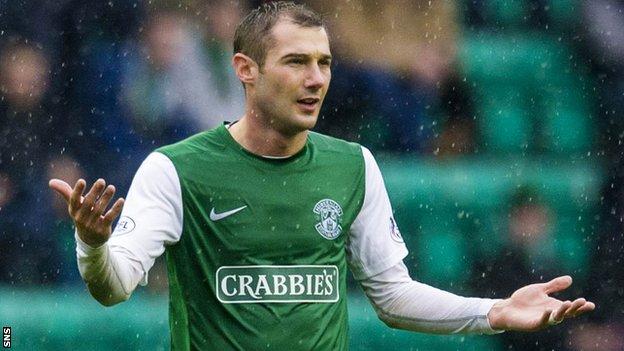 Kevin Thomson has been told by Hibernian that he can leave the club.

The 29-year-old midfielder is under contract with the Easter Road side until the summer.

He rejoined Hibs, his first team, in March and before for this season.

However, he has been used sparingly since of the Scottish Premiership side.

Thomson, capped three times by Scotland, left Hibs to join Rangers in 2007 and won two league titles and three domestic cups before moving on to Middlesbrough in 2010.

However, injuries restricted his appearances at the Riverside Stadium and, after becoming a free agent, he returned to Edinburgh with Hibs.