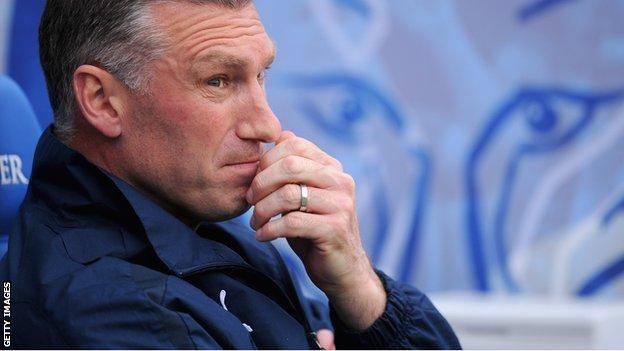 Leicester City boss Nigel Pearson says the Championship leaders are making progress in negotiations with some of their 11 out-of-contract players.

Leicester City manager Nigel Pearson and 11 of his players are in the final year of their contracts.

Goalkeeper Kasper Schmeichel and striker David Nugent are among those in the final year of their deals.

Pearson, who is also out of contract in the summer, fears the uncertainty could disrupt their promotion hopes.

But he told BBC Radio Leicester: "I am hopeful that we can get some of the situation resolved."

The Foxes are four points clear at the top of the table after 24 games and Pearson says it is imperative they ensure they do not waste their good work on the pitch - even though they must have one eye on finances.

"It is a balancing act for us in terms of the financial side and commitments - but also we want to sustain what is a very positive first half of the season," Pearson added.

"I understand the questions and concerns about it [contract situation], but we have to get the priorities right. And our priority is to try to win football matches and do it in the knowledge that things will be done in the correct manner."