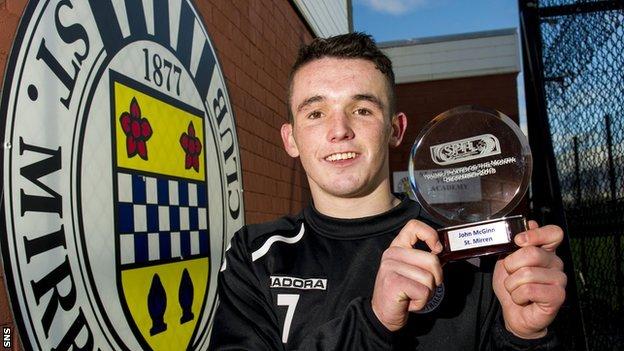 The 19-year-old played all six of the Buddies' matches last month, including five in the Scottish Premiership.

And he scored in on Boxing Day.

McGinn also helped St Mirren progress to the fifth round of the Scottish Cup with a replay victory over Queen of the South.