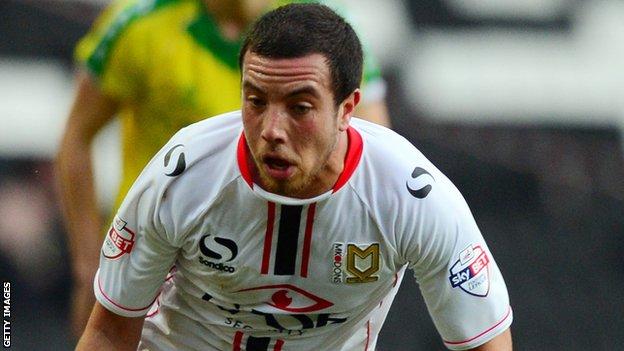 The 20-year-old has played 19 times since joining MK in August and his previous deal with the League One side came to an end on Saturday.

Boss Karl Robinson said: "Samir has really stepped up in the last month or so and I'd say he was one of our best players during the Christmas period."

Meanwhile, Jon Otsemobor has been released by mutual consent.

The 30-year-old right-back had just returned from a loan spell at Tranmere and leaves Stadium MK with 53 appearances to his name and the memory of scoring the winning goal in last season's 2-1 FA Cup victory over AFC Wimbledon.

"We can't afford to carry three right-backs and we've got Lee [Hodson] and George [Baldock] who are younger, fresher and part of the long-term development of the club," said Robinson.

"The future lies with those two and Semy understands that.

"He'll always hold a place in all of our hearts for his goal against AFC Wimbledon. We'll all tell our kids about his goal and he will always be a part of the club's history."

Defender Jordan Spence, 23, is now back at West Ham after featuring 12 times for Dons during a two-month spell at Stadium MK as his loan has expired.