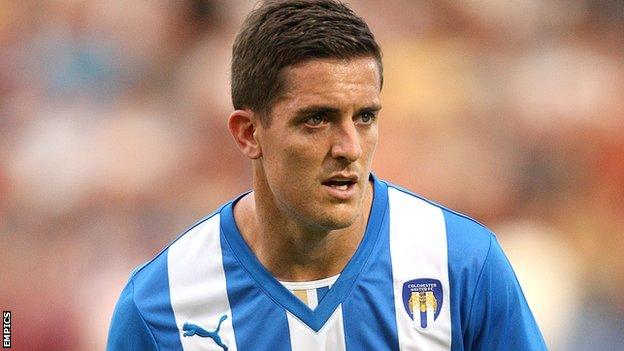 Colchester midfielder Andy Bond has had his contract terminated by mutual consent five months before it expired.

The 27-year-old has been restricted to 11 games this season and spent a month on loan with former U's boss John Ward at Bristol Rovers earlier this season.

He made five appearances for the League Two side and has only started once for Colchester since his return.

Bond joined the U's from Barrow in the summer of 2010 and scored eight times from midfield in his debut campaign.