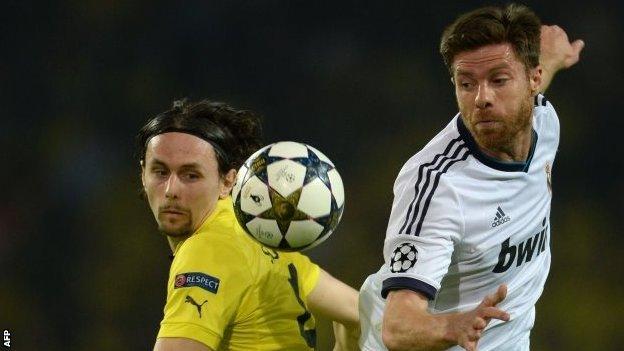 The extension, announced by Alonso on Twitter, will keep the 32-year-old at the Bernabeu, where he has won a league title and the cup, until 2016.

The former Liverpool star, who was due to have been a free agent this summer, had been linked with a return to the Premier League.

Spanish media report Alonso's new deal is worth £4.9m a season and has an option for an extra year.