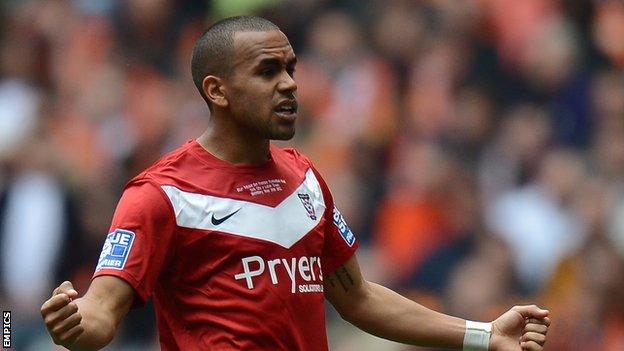 The 23-year-old has agreed a contract at the Abbey Stadium until the end of the season, with the option of a further 12 months.

He joined the Minstermen on loan from Leicester in 2010 before signing permanently in the summer of 2011.

Also capable of playing out wide, Chambers scored 21 goals in 133 games during his time at York.

"We are delighted to have signed a player of Ashley's pedigree and quality," said Cambridge director of football Jez George.

"We have worked really hard to make this happen once we knew that York City were willing to allow him to leave on a free transfer.

"He will be an exciting player for our fans to watch and a really good addition to our squad for the second half of the season and hopefully beyond."

Chambers, a product of the Leicester City academy and a former England Under-19 international, became the youngest Foxes to make a first-team appearances when he made his debut as a 15-year-old in a 2-1 League Cup victory over Blackpool in September 2005.