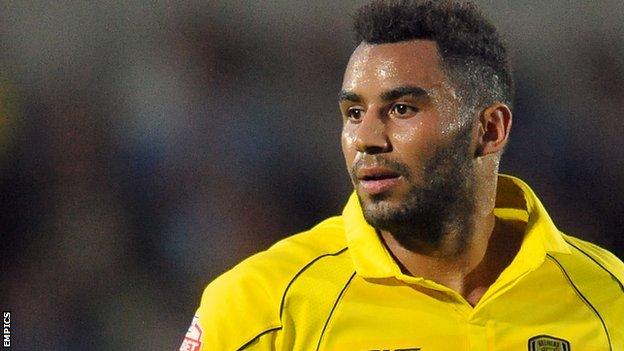 The 27-year-old joined the Brewers last July after leaving League Two rivals Torquay and made 19 appearances this season, scoring twice.

But he only started 10 games and did not play from late September until late November after a disagreement with manager Gary Rowett.

"Me and the gaffer have had our own thing we had to deal with," Howe told BBC Radio Derby in early December.

"But whatever happened happened and it's in the past and I am looking to play."

Howe's last appearance for the club was as a second-half substitute in the 0-0 draw on New Year's Day at Mansfield.