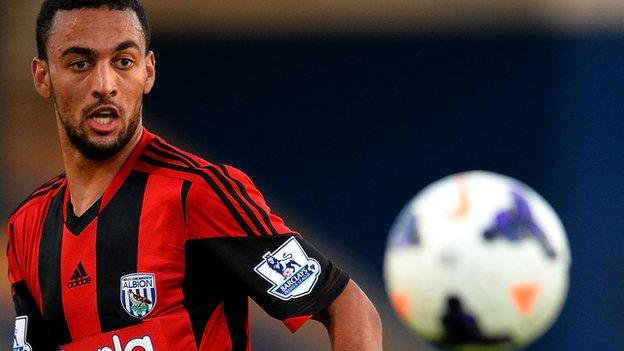 The 21-year-old has scored once in five games since initially joining the Robins on a youth-loan deal November.

Roofe's agreement with the League Two club is now an emergency loan.

"We are delighted we have got him for the next month and hopefully for the next three months," Cheltenham boss Mark Yates told BBC Radio Gloucestershire.

"He has made an impact for us and hopefully can continue to do that.

"The loan slightly changes because he turned 21 and it looks like we have a maximum window of three months of having him now. That is a little bit unfortunate in terms of timing for the season."

Meanwhile, Bristol City winger Toby Ajala, 22, has returned to his parent club after his loan expired.

Zack Kotwica, 17, has returned to Cheltenham from his loan spell at Gloucester City, while midfielder Ed Williams, 18, will remain on loan at Southern League Division One South & West side Evesham United.