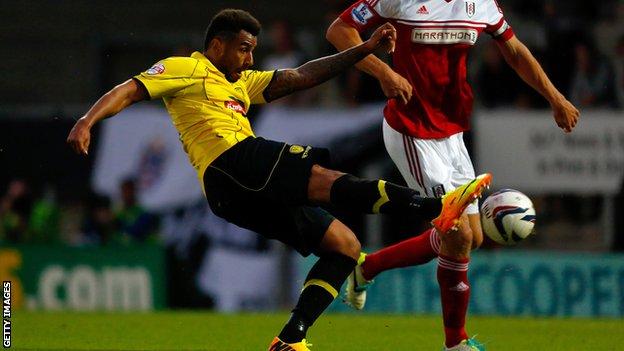 The 27-year-old, who worked with Newport boss Justin Edinburgh at Rushden and Diamonds, secured his release from the Brewers by mutual consent.

Howe scored twice in 19 appearances for Albion this season and is available to face Accrington Stanley on Saturday.

"Hopefully we can push on and get promotion," Howe said.

Howe, who has signed an 18-month contract with the Exiles, began his career with hometown club Bedford Town before moving to Kettering Town in 2006, spending a season with the Poppies before joining Peterborough United.

He spent loan spells with a number of clubs including Rochdale, Morecambe and Gillingham during his time at Peterborough.

He worked with Edinburgh during a loan spell at Rushden & Diamonds before moving to Torquay United on a two-year deal in 2011.

Following his release from Torquay he joined Burton Albion in July 2013 but spent only six months with the League Two club.

Defender Billy Jones has also left the club after his contract at Rodney Parade was not renewed.