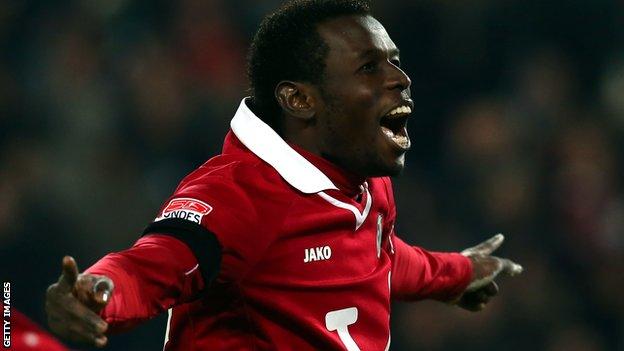 He has scored 30 goals in 61 appearances since joining Hannover in January 2012.

The Bluebirds have also been linked with Molde's 18-year-old midfielder Mats Moller Daehli.