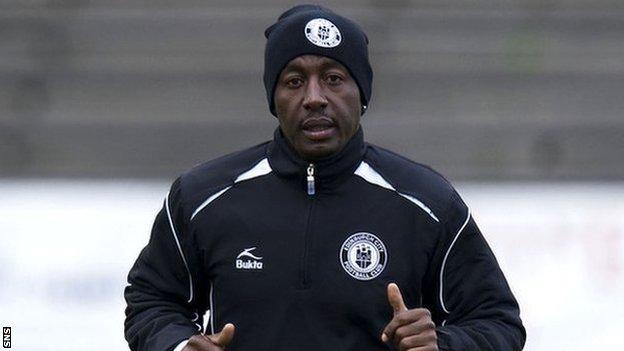 The 45-year-old, who also played for Dundee United, Hibernian and Rangers, was part of Hughes' side when he was in charge at Falkirk.

"Russell is my number one target," Hughes told BBC Scotland.

"He is currently working at Boavista in Portugal but is in Scotland at the moment doing his pro licence."

Latapy, who was capped 79 times, became his national team's manager in 2009 after a spell as assistant but left his post following their failure to qualify for the 2011 Gold Cup.

Hughes, has talked with the former midfielder while he has been on his coaching course.

And he hopes to have Latapy in the technical area for the match at Aberdeen on 18 January.

"He is a great guy with great experience and, if he can pass that on to the players here at Inverness, it would be fantastic," said the Inverness manager.

"I'm hopeful of having him with us sometime next week, but he is involved at Boavista at the moment and he would want to do things the proper way there before joining us."

Latapy began his career with Trintoc and Port Morant United in his homeland before moving to Portugal with Académica, Porto and Boavista.

After leaving Falkirk in 2009, he played briefly in his homeland with Caledonia AIA and in their 2011 Scottish Cup tie against Irvine Meadow.