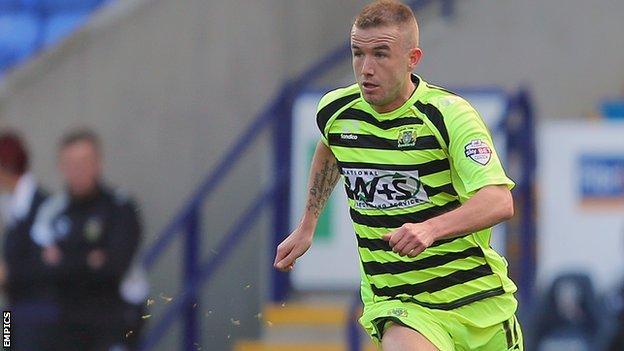 Madden, 23, scored 23 goals to help the Glovers to promotion to the Championship last season but was placed on the transfer list in November.

Syers, 26, returns after a successful loan period at Glanford Park when he scored five goals in 15 appearances.

The Iron have also signed defender Marcus Williams on an 18-month deal.

The 27-year-old, who had been on loan with the League Two leaders, has been released by Sheffield United.