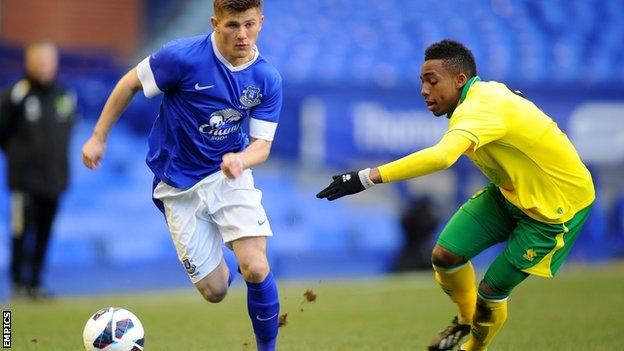 League One side Tranmere Rovers have signed Everton winger Matthew Kennedy on a one-month loan deal.

The 19-year-old joined Everton from Scottish side Kilmarnock in 2012 and has made seven appearances for the Under-21 side this season.

"He's quick, likes to take on defenders and will create chances for his team-mates," Rovers manager Ronnie Moore told the club's website.

"Matthew is highly rated at Everton and someone we've watched a few times."

Scotland Under-21 international Kennedy joins team-mate Matthew Pennington at Prenton Park and is the club's fourth signing of the transfer window following the acquisitions of defender Liam Ridehalgh from Huddersfield and Fulham defender Stephen Arthurworrey.