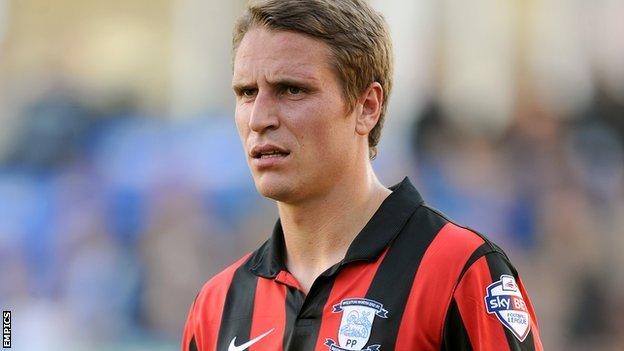 Oxford have signed Preston midfielder Nicky Wroe on loan until the end of the season and Reading goalkeeper Jonathan Henly on a month's youth loan.

Wroe began his career at Barnsley, and had spells at Bury, Hamilton, York and Torquay before joining Preston from Shrewsbury in May 2012.

The 28-year-old played seven times this term, before a loan spell back at Shrewsbury which ended on Thursday.

And Henly, 19, spent time on loan at Aldershot earlier this season.

Oxford face Portsmouth this weekend, and U's boss Chris Wilder believes Wroe will fit in well with his squad.

"It's important we got someone who ticked the boxes in terms of attitude and energy and we feel we have done that," he told BBC Radio Oxford.

"He knows this level, he is not a kid coming into the unknown. His contract is up at the end of the season so he will want to come and prove a point."