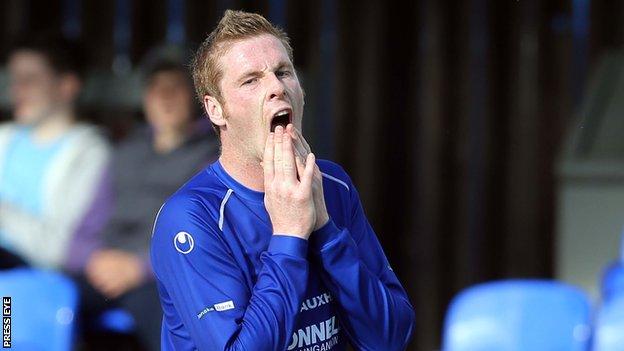 Ballymena have announced the signing of winger Darren Boyce from Coleraine on a two-and-a-half year contract.

Boyce, 27, who had a couple of spells with Glentoran, had spent this season on loan at Dungannon Swifts after being put on the transfer list at Coleraine.

Last June, Coleraine boss Oran Kearney said Boyce was not in his plans and the player was not given a squad number.

"We are delighted to get someone of Darren's ability," said Ballymena United manager Glenn Ferguson.

"He will add quality to our front line and score goals."

United said both players would be eligible to make their Sky Blues debuts in Saturday's Irish Cup fifth round match away to Championship One side H&W Welders.

McCaul was Linfield's top scorer last season but had not commanded a regular place this term.

He had previously been at Glenavon on loan and has signed an 18-month deal at Mourneview Park.