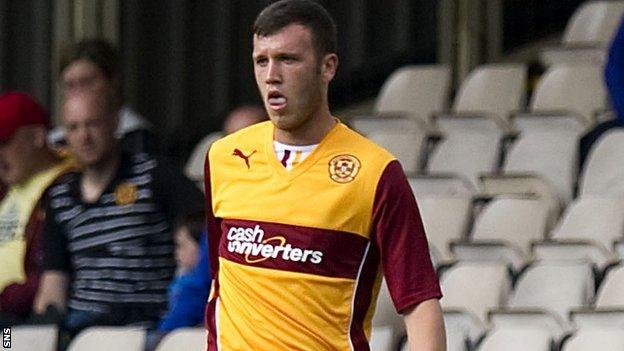 Motherwell defender Adam Cummins has joined Dundee on loan until the end of the season.

The 20-year-old Englishman signed from Everton in 2011 and has made 33 appearances for the Fir Park club.

"My aim is to go there, play well and hopefully help them win the league," said Cummins on Motherwell's website.

"That will set me up nicely for coming back in the summer and making a pitch for a regular first-team spot at Motherwell."

John Brown's Dundee side are currently two points clear at the top of the Scottish Championship.