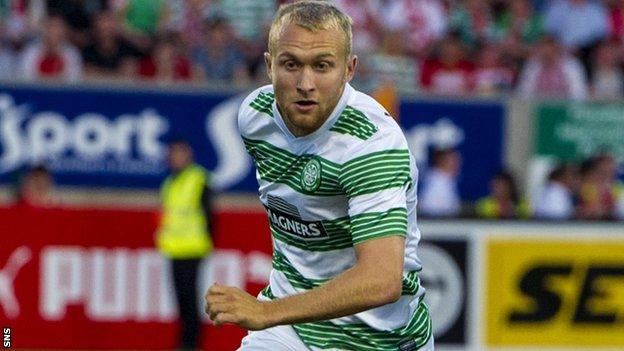 The 20-year-old attacking midfielder has only made three appearances for Celtic this season and Archibald is unlikely to pursue him.

"He was one we looked at but I don't think Dylan is fit," said Archibald.

"We've not contacted Celtic or pursued that. We've not enquired about him. He was a player we were aware of but that was as far as it went."

However, talks are still ongoing in relation to extending Gary Fraser's loan period at Firhill.

The midfielder is back at Bolton following his spell in Glasgow and, despite serving a seven-match ban for violent conduct, Archibald wants to secure his return to Thistle.

"We are keen to get him back," he said. "He's down having talks with Bolton so we will see what happens. I think they are thinking it over.

"We are low on numbers and losing players every week. We are definitely looking to get some players in but we are just finding it very difficult."

Archibald has already added former Falkirk striker Lyle Taylor on loan from Sheffield United and the 23-year-old scored on his debut in a weekend win against Hearts.

And Archibald insists he was not disappointed to miss out on Brentford's Farid El Alagui, who has joined Dundee United on loan.

"Lyle was our number one target even back when we won promotion," he said.

"We had a board meeting and they asked me who I wanted and Lyle was the player we wanted then.

"He [El Alagui] was on our list but Lyle was top of the list, so we are delighted with what we got."

Meanwhile, Isaac Osbourne is unlikely to play again this season after going under the knife to cure an ankle problem.