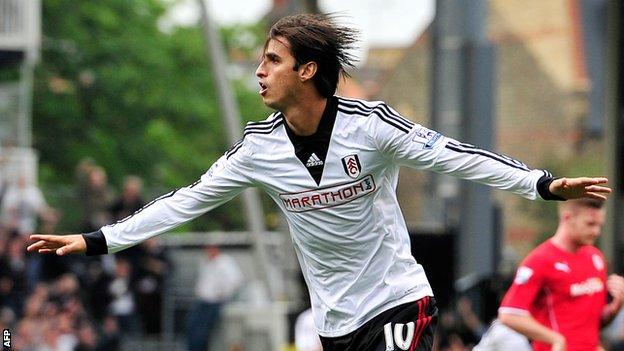 Fulham forward Bryan Ruiz has joined Dutch side PSV Eindhoven on loan until the end of the season.

But the club-record signing has scored only eight times in 68 appearances for the Cottagers and has only started once for new manager Rene Meulensteen.

A club statement read: "Everyone at Fulham would like to wish him well during his temporary spell [at PSV]."

It added: "Having made 14 appearances for the Whites in the current campaign, Ruiz will now link up with Phillip Cocu's side as they aim to improve on their current standing of seventh in the Eredivisie."

"It's true I didn't have much playing time at Fulham lately, so I see this as a great opportunity for me. I want to get my confidence back, help PSV finish as high as possible and prepare for the World Cup."

Ruiz's Costa Rica are in England's group at the World Cup finals in Brazil this summer.