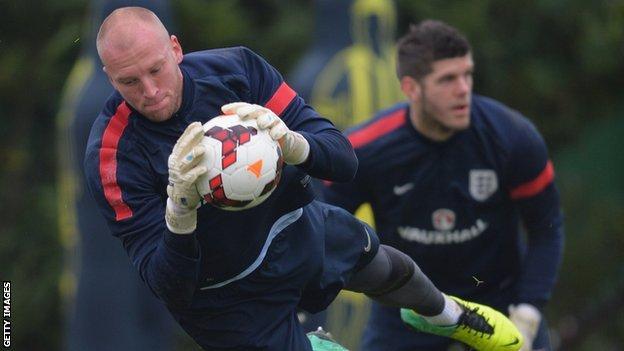 Norwich and England goalkeeper John Ruddy believes an openly gay player would be accepted by their team-mates.

Ex-Aston Villa midfielder Thomas Hitzlsperger revealed his sexuality on Wednesday and said the issue was still taboo inside the dressing room.

But Ruddy said fears over fan reaction could be why more players are not open about their sexuality.

"That could be part of reason why they don't want to."

Ruddy, 27, told Norwich TV it would be a "big step" for an individual.

"I know that if anyone did so at a club which I was playing at, then they would have nothing but full support from myself and certainly from this dressing room here as well," he said.

Hitzlsperger, 31, who also had spells at West Ham and Everton and won 52 caps for Germany, told BBC Radio 4's Today programme that he thought about coming out while he was still playing.

But he decided against doing so because he felt the resulting scrutiny on him might have proved too much of a distraction from on-pitch matters.