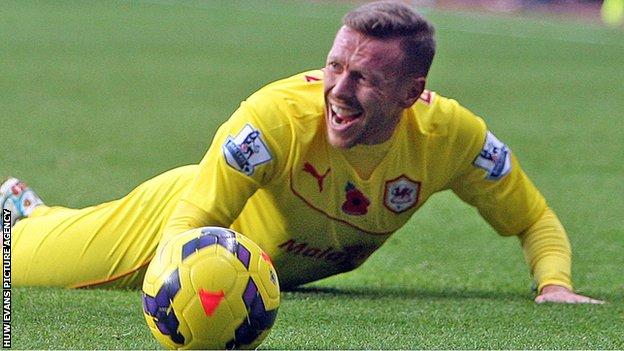 Veteran Craig Bellamy could return from injury when in the Premier League on Saturday.

The 34-year-old is back in the Bluebirds' squad following reports of knee and ankle trouble.

He last played in their 2-0 defeat by Aston Villa on 9 November.

The club's Norwegian boss said: "Craig has been training for a week and is looking really sharp to be fair.

"He's in the squad, back and available."

Bellamy has raised the possibility of but Solskjaer hopes he will continue beyond that deadline.

"My thoughts are he should play as long as he can," said Solskjaer.

"Craig wants to get performing, get back out on pitch.

"Hopefully I can motivate him and inspire him to prolong his career."