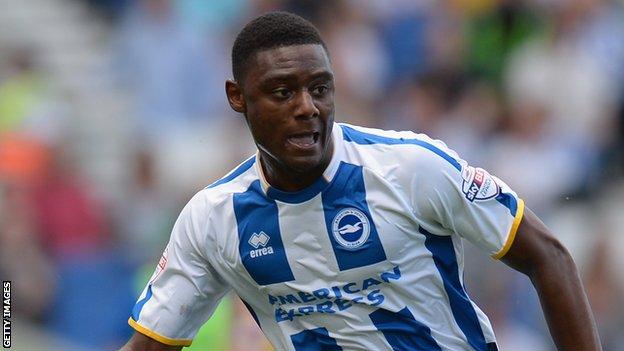 Brighton & Hove Albion midfielder Rohan Ince has signed a new contract with the club, which will keep him at the Amex Stadium until June 2016.

The 21-year-old former Chelsea trainee made his debut in August and has made 16 appearances for the Seagulls.

"Rohan has earned this contract with the way he has trained and played ever since I came to the club," Albion head coach Oscar Garcia said.

"It is nice for the club to reward his hard work and professionalism."

He was promoted to the first-team squad by Garcia, who took charge of the Seagulls last summer.

"He has an excellent attitude every day, he looks after himself and works hard in training and we are all seeing the benefit of that with his performances on the pitch," Garcia added.