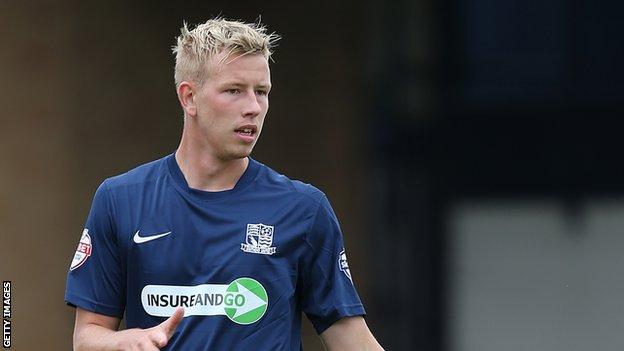 Southend United have signed defender Adam Thompson from Watford for an undisclosed fee.

The 21-year-old has played 12 times during a loan spell at Roots Hall this season and has signed an 18-month deal.

"I've thoroughly enjoyed my time with Southend United and it's the best I've ever felt in my career," he said.

"I knew quite a while ago that I would be really interested in joining the club on a permanent basis, so I'm delighted it has happened."

He added: "It's really important for my progression that I work as hard as I can to become a regular in the team and help Southend achieve promotion this season."

Manager Phil Brown said of the Northern Ireland Under-21 international: "There were other clubs interested in Adam, but he made it clear this is the place he wanted to be to continue his development as a footballer."