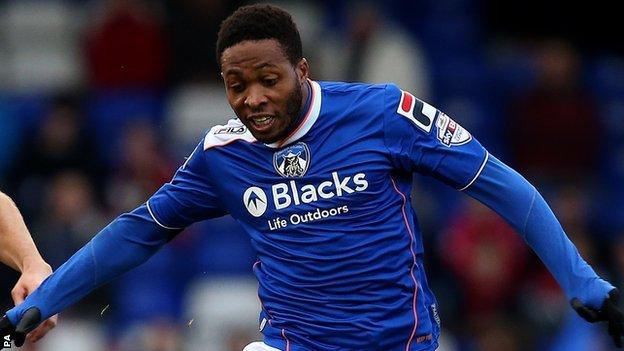 Shrewsbury Town have signed Oldham Athletic's Dutch winger Sidney Schmeltz on loan for the rest of the season.

Schmeltz, 24, has made 23 Latics appearances this season, 15 of them from the bench, since he signed a two-year contract after leaving Volendam.

That includes three appearances against Shrewsbury, two of them in winning teams at the Greenhous Meadow.

Schmeltz, who has also played in the Netherlands for Willem II and Sparta Rotterdam, was at Volendam until March.

He was then released from his contract when they filed for bankruptcy.

Schmeltz becomes the 40th loan player signed by Town boss Graham Turner since he returned to Shrewsbury in 2010.

He is set to make his debut in Saturday's trip to MK Dons, when Town, just two points above the League One relegation zone, will be looking to protect an unbeaten three-match away run.