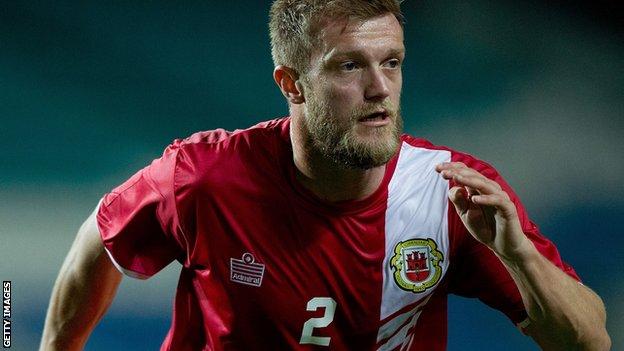 Preston have signed Scott Wiseman after the defender was released by Championship side Barnsley.

The 28-year-old has signed an 18-month deal at Deepdale and becomes the club's second capture of the transfer window.

"We have looked at it and thought that area of the pitch is somewhere we need to strengthen," manager Simon Grayson told BBC Radio Lancashire.

"He turned down a couple of Championship clubs to join us and still has a hunger to be successful."

Wiseman made his international debut for Gibraltar last year in the island's first ever match, which finished 0-0 against Slovakia.

Grayson added: "It is pleasing because he sees what we are trying to achieve. We feel we have another good addition to the squad and it gives us some flexibility within the team."