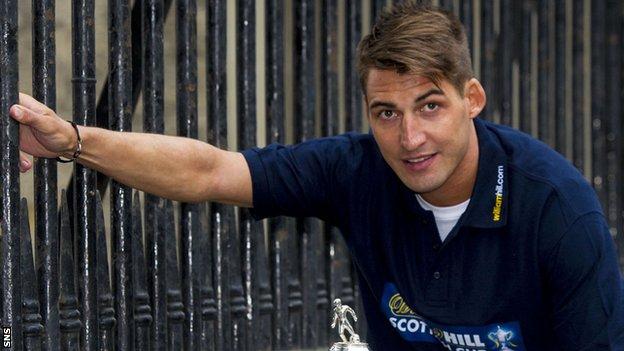 Manager Paul Hartley has held talks with 34-year-old former Czech international Skacel about a short-term deal with the Championship club.

Caldwell, 20, will join the Wasps until the end of the season.

The striker has made seven appearances for Hibs this season but has not featured under new manager Terry Butcher since 30 November.

Having come on as a substitute for Danny Handling, Caldwell was himself replaced with Tom Taiwo 13 minutes later

Television cameras caught Caldwell showing his displeasure at the decision.

The striker, who signed a two-year contract in March 2012, began training with Alloa on Thursday evening and a deal to allow him to join the Clackmannanshire club could be completed over the weekend.

Hartley was a team-mate of Skacel's during the Czech's first of two spells with Hearts.

The Edinburgh club have offered the midfielder training facilities, but Hearts' ban on registration of players for being in administration means he will not be able to sign for them.